County end the year with another great away victory 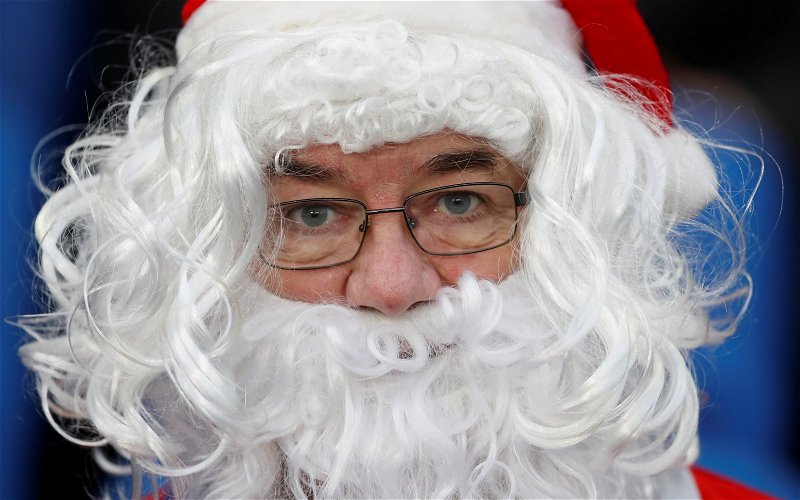 County treated their large travelling army of supporters to a real treat today completing the double over AFC Fylde with a 2-1 win, at Mill Farm, that was as dramatic as it was well deserved.

One down at half time, County never took their eyes off the prize for a second, coming back with 2 superb second-half goals from Tom Walker and Sam Cowan to claim the points that consolidate their position in the play-off spots. Both goals were worth the entry fee in themselves, as was a marvellous defensive shield that JG`s team then erected twixt Hinchliffe and danger thereafter.

Fylde did enjoy a decent amount of possession throughout the game, but it was always County who carried the required threat, even when faint hearts might have thought the game a potential lost cause early on.

Tom Walker was superb throughout, Osborne not far behind him, and it was no surprise that Bell stayed on for the full 90 odd minutes as he needed watching in every one of those. I have indirectly referred to the defence, and the reshuffled unit was excellent with a special word reserved for Joe Leesley who shone in a rare start, making some crucial interventions when push came to pull, and the magnificent Dan Cowan!

A much-changed County outfit took the field just before 3 o`clock, with Minihan, Turnbull, Garratt and Thomas, giving way to Cowan, Leesley, Sam Walker and Rodney in the starting line-up.

Both sides had a nibble at the other in the opening minutes – Rowe seeing an effort deflected over for Fylde, and Leesley saw a cross into the box blocked. Andy Taylor shot wide not long after for our hosts but it stayed 0-0  after the first 5 minutes.

That was OK, what followed wasn`t as, set up by Rowe, Croasdale stepped inside an intended tackle to slot a neat finish beyond Hinchliffe into the County net!

Hmm, 6 minutes gone, and one down, you could just sense the locals salivating at the thought of a rout ensuing, but we would see……

County were quick to respond, and Arthur was unlucky to see his header cleared off the line from a corner.

It went on in much the same vein for a time, with County pressing and Byrne and Whitmore working wonders to keep `em out.

The returning Cowan was on song at this point, his pass setting Rodney up for a low driven cross that Bell met, but drilled inches wide.

On it went with Fylde under pressure this time from TW, who found the route to goal ultimately blocked by one too many white shirts.

No matter…back he came, but again the block came in ( from Burke this time), and Fylde were suddenly attacking again – Rowe seeing his shot deflected for a corner that Whitmore could only head wide.

It was an interesting game, which was no surprise, but after Rodney saw a decent strike deflected for a corner, it was a major surprise that the ball stayed out of the home net, as melee followed melee in front of Sam Hornby`s goal, and it still stayed 0-1.

The 20th minute ushered in a shooting opportunity for Rowe, as Yeates found him with a neat cross, but the ex Hatter fluffed his lines like a novice and the chance was gone.

Then another, possibly better chance surfaced at the other end again emanating from Rodney on the right, but the chance was snuffed out with ruthless efficiency by Whitmore who just stopped Bell tapping in from the close range, 22 minutes in.

County were sensing something now, and pushing for scraps, none more than Bell who cut inside to set Osborne up for a shot that only just missed out. A corner resulted and this gave Hornsby a chance to come centre stage, punching clear under some pressure.

It was nip and tuck now as County piled it on winning no less than 2 free kicks and a corner without nicking one back. Then Fylde replied and Cowan did well under pressure, but the pressure came back and big time as Palmer headed clear from under the bar, and an almighty melee ensued with the ball cleared off the line again. Crucially County`s resolve held and eventually they were able to work the ball up the park again.

I was quite buoyed by what I saw next as Bell and TW engineered a neat break, but the excitement did not last as, with Tom looking handy, the liner`s up-raised flag ended the raid.

Have I said `nip and tuck`? Well…it was and Fylde had Whitmore (who I made their M.O.M) to thank for keeping their craft afloat from a corner won by Keano. Then Fylde broke clear from this, and Hinchliffe did well to deal with Craigen`s shot , with 7 minutes left of the half.

The pattern was maintained….TW thwarted on a tasty raid…..Palmer then called on to perform sweeper duties as the move broke down and Fylde made to take advantage.

Fylde had their moments aplenty, corners galore, but not a shot to point to of any real substance.  The 40th minute saw another flag-kick cleared, and Osborne break from this with lethal intent. It looked good, but the ball on to Bell saw him blaze it over the bar.

County piled it on again after that, Whitmore once more thwarting their best efforts despite corners and free kicks.

Palmer tried to nick one at the death from another corner, but without success, and Fylde were still 11 up as the teams went in at the break.

The re-start saw play proceed in fairly sedate fashion, both sides looking, as in the first, for triffles…scraps to gorge on.

Williams and Yeates came to the fore in this period for Fylde but their move down the left flank was not flattered by the finish that followed, and Hinchliffe dismissed this without raising a sweat, 2 minutes in.

Another 2 and Osborne was unlucky to see his break from deep come to nothing, and a further 2 saw Arthur deal nicely with a Williams cross, and finally, Yeate lift a poor effort over the bar from outside the box.

While Fylde restricted their efforts to long-range ( and County were proving highly skilled at making them do so) I was not feeling overly downcast at the situation, and this only improved when Whitmore went through Bell just outside the box.

County had themselves a free-kick of course, debated over by would-be takers TW and Ossie.  In the end TW did the honours leathering a beauty into the net beyond anything that Hornby could produce in response!

The B&W Army went AS at this, County were back in it big time, and they knew it.

Fylde knew it too, and a certain uncertainty was seen to creep into their game for a time after that last action with County gnawing at their hosts extremities like a lion would a wildebeest.

But County had the whiff of success in their nostrils now and wanted more- Keane lifting a shot over the bar after TW had set him up some 4 minutes after the equaliser.

Another 3 and County sent their supporters wild with delight again as Rodney`s ball inside saw Cowan slam a monster shot home to make it 2-1! Fantastic strike!

To be fair though, Fylde did make an effort to respond after that double whammy, but without ever looking that likely to see the white`s of Hinchliffe`s eyes, and when they did he was on their case with gold plated knobs on!

But to be even fairer…..County continued to look very handy indeed breaking from deep positions- Hornby making a good stop to deny TW 66 minutes in, and Rodney just missing out 3 minutes later after more good work from TW had seen him power into the heart of the home defence.

With just under 20 minutes left, JG brought Thomas on for TW, who left the field to an ovation and with cries of “ sign him up, sign him up!” ringing out in the cool early evening air!

Fylde continued to look for an opening though, but still without the necessary wherewithal to sort matters, and Hinchliffe made a rack of routine gathers/ catches from home forwards none of which raised his BP I guess.

They continued to look OK when they attacked too, Osborne working hard, and Bell still needing to be watched.

Rodney was operating on the left now, but there were no takers when he broke clear and threaded a ball into the box, with 6 minutes left.

With Osborne and Rodney off and Minihan and Turnbull on for the remaining few minutes it looked like County were looking to hold onto what they had, and they did…….. a free-kick, a minute later, gave Fylde a notional chance, but this foundered when their kick hit the County wall who then ran it clear.

Hinchliffe then did well to punch clear under pressure, allowing Bell to surge clear – only just missing out after a decent run.

Normal time ended with Fylde getting what I considered an iffy free-kick, but Referee Andrew Miller had done OK , so I will not criticise him unduly. Anyway, despite Sam Walker having to clear off the line at one point, the moment passed without County losing out.

But….. Fylde kept trying, corners coming….going with it still 2-1 afterwards, and County`s backline were in unbelievable form, a superb dummy under pressure by Festus earning wild applause and cheers from the large County following.

That was 93 minutes…..the 94th saw  Dan Bradley lift a poor effort way over the bar.

94…95…96?…. we were still playing, and Hinchliffe was earning more applause for plucking the ball from the cold evening air over the heads of a clutch of white and green/black shirts.

Already the County supporters were singing, and eventually, they could continue doing so in the knowledge that County had secured the points and won the match!

That was as impressive a performance as you would want to ever witness!

Full marks to JG for his brave team selections, and to the team for their incredible response!

Brilliant….. is it too much to look for more of the same at Halifax on Wednesday….knowing this County team…probably not!

See you all then!

[ Pictures from the game can be found here! ]