County see off Pools under the lights 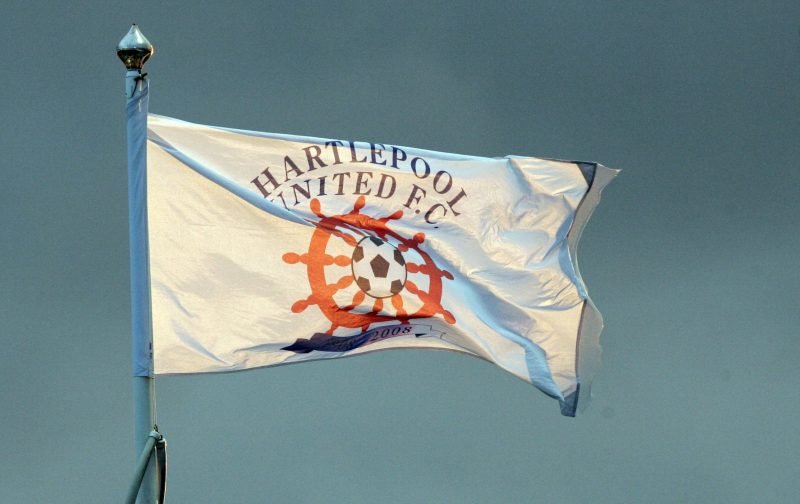 James Gannon worked his magic last night, and his team excelled themselves in front of BT Television`s cameras, at Edgeley, with a thoroughly excellent 2-1 win against Hartlepool United.

Pool were a well drilled outfit, up for the task in front of them, but a re-shuffled County side were razor sharp in reply, particularly in the first half where they might have scored 3 or 4 with a shade of luck.

In the event they went in 2-0 up , the result of some really clued up play allied to a welcome show of lethality in the finishing department, where Palmer made more than one County fans evening by opening the scoring, and Tom Walker followed his assist for that one with a beauty some 20 minutes in.

Hartlepool turned on the gas after the break and pretty much camped in the County half, and whilst County defended with terrific skill, the fact that the action took place deep in the Hatters last third for a large part, was nerve wracking to say the least.

That`s nit-picking however, and should not detract from a performance that brought the smiles back on County fans faces, and eases us up to 15th place.

Tom Walker got the M.O.M , and he was really impressive, but it was another team effort for me, although Festus Arthur , Palmer and Keano stood out also, whilst Leesley had easily his best game in County colours ,taking up position in front of the back 3 on the left, with Minihan again giving us 90 odd minutes of none stop energy, wide on the other flank!

I have not mentioned Sam Walker, Bully, Bell, Thomas or Hinchliffe, and can find no justification for not doing so as they all weighed in with the required gusto throughout, as did subs Cowan, Osborne and Mulhern.

Despite the TV cameras being in attendance a very decent Tuesday evening crowd of way over 3000 were inside Edgeley Park, including a fair number from Hartlepool who were split twixt the end Pop Side blocks and the spanking new seats behind the goal in the centre block at the Railway End.

So with Cheadle End upper tiers, and Yellow Block poppers ( wrongly identified as Pool fans by an un-clued up BTapparently) in tremendous voice, a good atmosphere prevailed as the game got underway with County ( thankfully) kicking towards the Railway End.

County lined up with a back 3 of Arthur, Palmer and Keane, with Minihan and Leesley providing width alongside the redoubtable Bully and Sam Walker. Up front we had Bell and Thomas but only one of County`s new signings showed in the shape of Tom Walker, with Devante Rodney having picked up an injury in training.

Pool were first to show with Ryan Donaldson, who I felt was one of their top movers along with Peter Kloso getting forward, running at County`s back line with a disconcerting purpose.

Palmer did his job and cut the run off nicely.

This brought Thomas centre stage, and his leggy run earned the blues a first corner of the night. He sent this short to Tom Walker, and in an instant the ball was with Palmer who slammed it home in emphatic style to give County a welcome lead ( 40/1 to score the first goal indeed!).

That was a shaft of bright sunlight in a world seemingly bereft of good news just now, and more very nearly followed within 3 or 4 minutes via Tom Walker who, joined Minihan to totally shred the left side of the Pool back line with some sharp work. A goal looked to be the natural by-product of this cooperation but somehow Pool keeper Ben Killip managed to push Walker`s shot onto a post to save the day for Craig Hignett`s side.

Pool responded well however, and some nicely ordered moves, down both flanks, put County under pressure and it was good to see Minihan and Leesley involved fully, the latter earning applause for good work near the corner flag.

The Hartlepool attacking bore all the hallmarks of a team in decent form, but the finishing was something else entirely and Donaldson`s run, on 20 minutes, ended with him sending his shot flying wide of the far post.

Another minute and Pool paid the price for that notional miss. Like much else, the move started with a Thomas run from deep, followed by a cross that seemed to offer Bell a sniff. Nyal had company though and did well to usher the pill on to Tom Walker who despatched it with lethal precision into the net beyond Killip`s best efforts to keep it out!

That was so….so impressive, County were 2-0 up and only 21 minutes had elapsed!

Back came Pool though and Festus did well with a great block to stymy a run by the usually dangerous Gime Toure. They came back again through Donaldson not long after, but he again failed to deliver on good approach play sending another poor effort wide.

Pool were attacking in numbers now, and the pressure on County only increased with a push on Toure by Arthur. Although the subsequent free kick did not penetrate the County cover, Kloso fancied his chances of doing so only for his run down the right to be nullified by sound work from Hinchliffe.

Into the last 10 minutes of the half we went, with the blues pushing forward again via some fine work from Minihan and Turnbull. Sadly, Bell was inches from turning Bully`s final ball into the gold of goal number three, but it was as encouraging as it was disappointing.

County`s attacking forced the likes of Toure to track back and defend, but his foul on Thomas upped the angst factor for his team as Turnbull`s free kick was only just kept out by the hard-pressed Pool back line.

Corner after County corner ensued thereafter as half time approached, but no third goal, although I thought we just might have squared that particular circle with Thomas on the ball in the box, but Killip did wonders to push the shot onto the bar and clear.

Add a Turnbull volley that just carried the bar, and some brave work from Killip again under pressure and that was the first half sorted!

Straight from the off Hartlepool were on the front foot after the break, forcing County to defend ever deeper.

Keano excelled in this period, and he was not alone as the County defence withstood the challenge in good order.

The support from the Cheadle End Uppers and Yellow Block Poppers was immense at this period, and just what the County Doctor ordered, as 15 minutes of almost total attacking from Pool put big pressure on the blues.

Kloso was still on County`s case, but they had Keano and he again did well to snuff out a threat, the prelude to a brief bout of `handbags` after Thomas `got some`, from James I think.

At last County replied only for Tom Walker`s shot to rise over the bar with the Pool back line stretched.

Sixty five minutes had gone and Cowan was now on for the comprehensively bruised Thomas, as substitute Kabamba  ended Pool`s latest raid by heading over from close in.

Encouragingly, County were looking to break out and hit Pool on the counter, and Tom Walker did just that, on 68 minutes, bringing the advancing Leesley into play with a neat pass.  Leesley`s response was just what was required, and a real chance emerged as he picked out Bell as he ran in at the back post, with a beaut of a cross. It was a chance, but Bell could not force the ball home – chance gone!

After that, it was Leesley`s turn to `get some` from Pool – not greatly edifying stuff from the visitors if I am forced to comment further!

Kloso was blameless however and was still pinging those crosses over on the end of raking runs as the game went into its last 20 minutes.

County were under increasing pressure and conceding a rack of free kicks that did absolutely nothing to decrease this.

But Pool`s execution of these set piece gifts was poor, to say the least easing somewhat County`s angst factor.

With 15 minutes left, Mulhern came on for Bell and Frank was soon pitching in there whipping a lethal looking cross over that sadly found no blue shirted takers.

The pressure on County resumed with former Hatter Michael Raynes heading over from yet another free kick.

Then Gus Mafuta joined in, but Hinchliffe held his shot with some comfort.

With 7 minutes left, County replied only for Minihan`s shot to be deflected wide from Leesley`s cross.

The corner was cleared, and the pressure was back on the blues -Kabamba drilling a shot just over the bar.

Shots were flying in from Pool but they simply lacked accuracy, when indeed they could get shots off faced with relentless County defensive cover.

And the blues kept trying on the break, when they could, but Osborne( now on for Tom Walker)saw a  shot following his run from deep, saved nicely by Killip.

The Pool attacking continued, and with just 5 minutes left they got an unexpected and somewhat fortunate break. It started routinely as Hinchliffe shaped to make a routine save from Featherstone`s shot, except he spilled it allowing Kabumba to score from almost on the line.

A frenzy of attacking followed from the visitors after that late bonus, and Mafuta was in the van of much of it- blocked bravely by Palmer on 87 minutes……….frustrated just enough by Cowan on 88 to ensure his next effort went wide.

Then Toure at last got a shot in only to see Hinchliffe dive to tip the ball over the bar at the last gasp!

It went on with Donaldson the latest to lift the ball over the bar, 1 minute into added time.

Another couple and Kitching set Kabamba up with a pin point cross only for the tamest of shots to enable  Hinchliffe to make  the simplest of saves.

Deep ….deep into added time, with the BP pills long since history….. Pool got another free kick, well 2 actually, as keeper Killip lumped the first one towards the box where referee Simon Mather perceived something amiss smack on the edge.

It was scoreable all right, and tension mounted to unbearable levels as Hawkes ( the waster of many previous kicks) launched his run at the ball. The kick had power…but nothing else and flew off to I care not where and the game was County`s!

That was some win that and sets us up nicely for many challenges to come in our first season back at this level.

Massive kudos to James Gannon and all his team for a superb result.

It`s back to Edgeley Park against Dag & Red on Saturday- see you there then!

2 Replies to “County see off Pools under the lights”