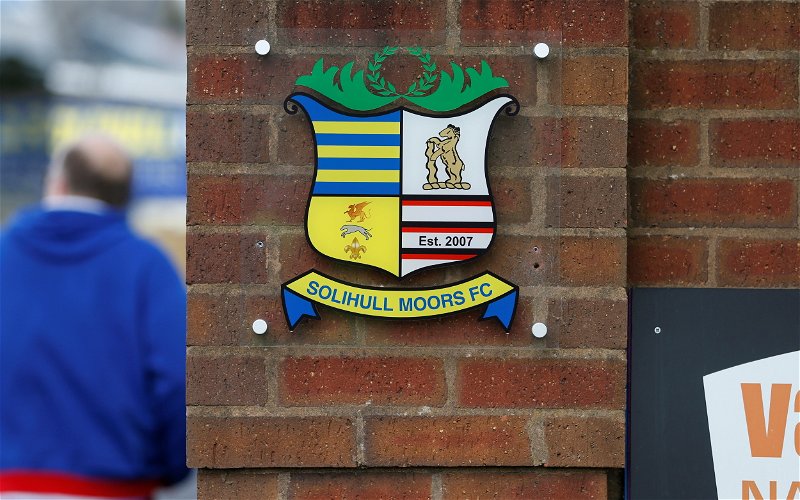 It was County`s misfortune to come up against a side in second placed Solihull Moors who were in prime form last night at Edgeley Park.

Tim Flowers` tough as teak side simply oozed savvy and nous putting County`s much changed side ruthlessly to the sword with 4 second half goals. The final score line of 1-4 hardly flattered them.

The key to the game lay in midfield where Moors simply did as they pleased for long periods, with the blues unable to come back at them with much at all throughout, gifting space galore to the visitors who took full advantage dishing out a first loss in four to County.

Bright spots…..there weren`t many really……Thomas was a fairly obvious M.O.M…….Bully nicked a fine goal that promised us an altogether better result, but overall 6 changes put a heavy strain on those in action. Whilst I understand the rationale in resting / rotating players, particularly the likes of Minihan and Keane who have been at the centre of most things for most of the season, we did miss those two loads – Minihan up and down the flanks covering every inch and putting opponents under the cosh – Keano the smooth link up man we badly missed last night. I was also disappointed not to see Garratt and Jackson on the left flank although I guess that Leesley was overdue a run out probably.

Back at 7.45 none of this was in play, on an evening that proved less wintry than the multiple layers I had donned forecast!

On the park, Moors wasted no time in showing their intent, swiftly pushing County back winning the earliest of corners. This was cleared after a bit of a melee, but it was disconcerting to see the visitors so lively so early!

The first response by County came via Thomas, but his run down the right, 4 minutes in, was halted by Jamie Reckord`s foul, the free kick cleared easily by the Moors defence.

Moors continued to dominate much of the possession and disconcertion became alarm as Jake Beesley wheedled his spindly way through County`s midfield cover into the box. It was chance…a decent one…. but at the crucial moment his control of the ball absented itself and a scuffed effort was pushed out by the advancing Hinchliffe.

County started to look to get something moving Cowan doing some good work along with Thomas and Bell, but Moors were able to clear their lines ultimately.

The 14th minute saw a fair old scare for County as Callum Howe eluded Leesley to put Lee Vaughan through. It looked another good opening, but the ball ended high in the Cheadle End.

That moment gave me hope, I remember much the same from Moors at their place, so nil desperandum !

Hmm…OK….but Jamey Osbourne, a smooth /dangerous operator last night, was on the charge , and it took a brilliant late block from Turnbull to remove the danger.

County then broke with speed, only for Bully`s actions to be immediately replicated by Howe as Bell stole into the box. A corner resulted, then a free kick as Leesley was felled crudely by Storer who unaccountably was not booked.

The kick was cleared, and Palmer did well in the immediate aftermath to deny Beesley with a fine blocking tackle.

County were certainly trying, but Moors looked the more likely to, and their captain Kyle Storer only underlined this assertion, his neat through ball setting Paul McCallum up with a definite chance. McCallum fluffed it lifting a limp effort into the Cheadle End.

Twenty four minutes had gone now, and despite Moors obvious strengths they were not proving adept at translating these into goals.

Indeed, the twenty fifth minute might just have turned matters on their head as some neat play from Bell saw him slip an even neater pass to the on-rushing Thomas. In a thrice he was inside the box with a real chance beckoning, but with Rodney gagging for a pass in front of goal, Adam chose to shoot, and the ball flew inches wide of the back post!

Back came Moors, but Hinchliffe held onto Osbourne`s snap shot as County began to soak up pressure again.

That said, they still worked a moment or two along the way- Bell heading over from Cowan`s cross on 32 minutes, and Palmer foiled by keeper Ryan Boot on the end of another free kick.

Turnbull and Osborne had shots blocked after this, but it looked like  being 0-0 at the break, which was now about 5 minutes away, and I was annoyed with the next action as a late/ late challenge on Bully by Blissett left the County captain stretched out on the floor. Referee Ben Speedie, gave every impression of being about to produce a card, but he didn`t, in stark contrast to his card fest on County players later in the game!

The free kick was cleared, and Osbourne won Moors one almost immediately. It was a mini belter as well, Jimmy Ball meeting it to head home at the back post, but the celebrations by the 69 Moors fans was premature as the `goal` was ruled out.

The ease with which the likes of Jamie Osbourne could find space for Moors was alarming and so was the quality of his passing. There was nothing comparable coming back from County, long balls from the back being easy meat for the Moors back line.

Thomas did get in a decent run with 1 minute of the half to go, but Boot did the biz snaffling the pill from Rodney as he went for it.

So….County were trying in the dying embers of the half , but it was something of a surprise ( memo to self: really…is it?….we do it all the time…get a grip !) when County took the lead.  It started with Leesley who passed to Rodney who turned the ball inside to the advancing Turnbull. What followed was typically Bully as a dipping drive fizzed its way into the net.

There was no time for Moors to reply, the half was over shortly after !

The opening minutes of the second half ushered in hopes of County building on their lead, but Bell was inches from a Thomas cross, and following good hold up and give by Bell to Osborne, the return pass was way too strong from Ossie and it stayed 1-0.

And………….Moors were looking ominously interested in getting forward, Bully doing well to head Vaughan`s effort out,  but the dam was about to burst as Palmer`s foul gets him an instant booking and Moors a free kick, which Storer planted fiendishly on McCallum`s head- 1-1 !

The response from County was good and immediate, but latching onto Osborne`s through ball, Rodney drilled his shot beyond the far post.

It continued with Leesley doing well at the back before sending Bell on a run, but his shot missed out by a foot or so.

County then had pressure to soak up, and they cracked as Reckford found Ball at the back post with a brilliant lofted ball. It took 2 goes but the ex Hatter did the biz making it 2-1 to Moors!

Whilst Bell kept trying to add counterpoint to the pressure on the Blues, it continued, and County did well to resist it without conceding again. But we needed the odd moments of respite to be converted into something better, but after Osborne brought the ball from deep, Rodney`s response was way too slow, and any semblance of a chance was soon gone!

Then more reasons for discontent at Mr Speedie, as Blissett upended Leesley as he headed for the visitors` box. Free kick, but no booking ….buggeration ! I looked for Sam Walker to take the free kick, but Ossie took it to no good effect, Sam`s follow up clearing the bar.

Then it all got a tad academic as Moors added a third. Started by Vaughan who refused to concede that a raid by Moors had died. Near the corner flag Vaughan lifted an improbably accurate cross into the box where McCallum sent a powerful header home!

That was a blow, and JG made changes in response bringing Mulhern and Tom Walker on for Bell and Osborne.

Rodney`s shot on the turn went close next, but the game was slipping away from County now at a rate of knots as Hammill came on for Turnbull with just over 15 minutes left.

It took Hammill just 25 seconds to make his mark and get booked. Lack of discipline on Hammill`s part ? yes…I suppose so……but what of Mr Speedie and his hair trigger reaction to each and every infringement by County?

The free kick was poor, but County remained under the cosh, their fate sealed on 81 minutes as, with no challenge in sight, the excellent Jamie Osbourne wellied a most beautiful drive home having drifted inside from the right.

Try as they did in what remained of the game, County could not make any dent in the visitors lead- an optimistic “ handball” appeal by the Cheadle End at one point notwithstanding . Hammill and Leesley both saw efforts blocked or charged down, but it was not going to spoil the Moors party, and their fans celebrated their 4-1 win loudly!

Disappointing ?……….yes………..but we knew we would lose games along the way this season, and we also know that James will sort it, so do not be tempted to bet against a County win at Torquay on Saturday.