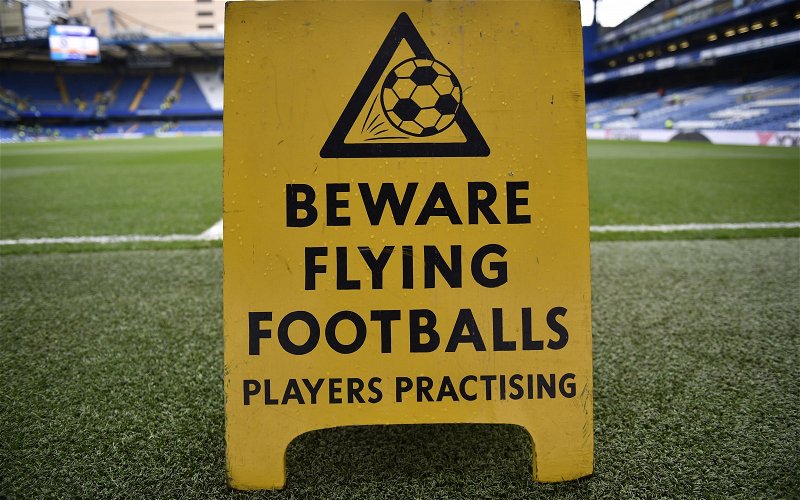 County claimed their third win in three pre-season games today at the Tameside Stadium against  Curzon Ashton ,the 2-0 victory making it also the white shirted blues third clean sheet on a trot- a fact that will have pleased manager James Gannon.

The National North side fought well throughout a competitive encounter giving County there best run out in the current run of pre-season games.

The starting line-up was the mix as before for County who  sent out  a strong side at the start, with Connor Dimaio the only change from Woodley, taking over from Curran in the number 10 role.

The starting 11 more or less did an hour before giving way to a clutch of others most of whom are now becoming quite familiar to us.

Over the 90 minutes I was impressed with Kirby who definitely fancies that number 11 shirt, placing another substantial deposit on same with 2 smashing goals, one in each half!

Mulhern again ran through his engaging repertoire of tricks and silky skills to the delight of the County following, but I probably felt that Dimaio was up there with the best, supplementing incisive passing with good strikes on goal that signal a right royal tussle for possession of that number ten shirt!

Elsewhere Arthur and Downing again knitted together seamlessly at the back when called upon and although Charlie Mulgrew had been on the park previously this pre-season, today was the first time I had really noticed his input, and he did well , drawing applause from the County following more than once for his work in the middle of the park.

Oh…..and the new kit (white shirts/ black shorts and socks) was a belter!

Back at the start it was nip and tuck for the first five minutes as Mulhern/ Kirby and Dimaio took turns probing for a loophole in the home defences, the Nash  replying but not making life too difficult for Ben Hinchliffe.

The early response from our hosts faded with the triallist`s (4) tasty tackle on Turnbull. The free kick, without sorting a goal, put County back on the front foot where some lively play from Frank and Dimaio briefly lit up the stadium.

Seven minutes in and for all County`s good play, it was still 0-0, and Palmer had to look  sharp to deny Callum Saunders who had made it to the by-line with an enterprising run. His extra enterprise, in the form of an appeal for a penalty, was less impressive and Referee Richard Aspinall would rightly have none of it!

Then the County following were roaring loudly with the sight of a rasping drive from Mulhern crashing into the bar with keeper Cameron Mason helpless.

That was unlucky, and more of the same ilk followed as Dan Shaw did well to stop a fantastic cross from Walker from reaching Mulhern smack in front.

There was no time to dwell on ill fortune as Bradley Lynch contrived to cause County a ripple or two by running at them with the ball.

County withstood the Lynch efforts well enough, a near perfect response following- first as Dimaio saw a decent shot deflected wide, and then via Keane whose thunderous drive dared someone to touch it before fizzing wide.

Josh Askew ( who I thought had a good game for CA) replied , Cowan in position to block him after he had made deep inroads into the County back line.

Then…23 minutes in…County got their reward- a neat move ending with Thomas passing to Kirby who unleashed  a fierce drive way beyond keeper Mason`s best efforts into the net, giving JG`s team the lead.

County re-doubled their attacking efforts after the goal, Walker not at all delighted to see his shot take a late deflection en route to goal.  The resultant corner again put Nash in difficulties but Mason reacted well , keeping Palmer from adding a second with some solid work as Turnbull`s probing delivery headed in at the far post.

The pressure continued with Kirby again going close with a shot, and it only increased as a foul on Thomas brought County a free kick that Mason kept out at the last gasp with his legs.

This again ushered in a County corner, and a second goal…or so I thought !  It was pure Frank as he remained awake ( to fashion something from nothing)as  those in Curzon blue around him slumbered on. He actually had the ball in the net…..a gift really….but the Referee snatched it away again disallowing the goal for reasons that were not altogether clear to myself.

Ho hum…no matter…back County came in earnest, and it took an absolutely top class save from Mason to deny Mulhern, as he pushed his shot around the post following the neatest of passes from Dimaio. Ex Hatter and Nash captain Andy Halls, was on hand to clear the subsequent corner  and ease his teams woes.

It went on…Cowan blazing over….. Minihan powering a drive just wide. Frank joined in again sneaking into the danger zone seeing his shot charged down by the alert Mohamud Ali. Mason unaccountably flapped at the corner that followed and it took more good work from Halls to rescue matters for the home side.

It did not stop there either, as Frank`s trickery set Turnbull up for a shot that fizzed venomously just beyond  Mason`s right hand post with time running out.

The final minutes of the half saw Nash rally somewhat, Sean Miller doing his best to  snatch a late reward for his side , but to no avail….it stayed at 1-0 as the teams trooped off at the break.

There were 3 County changes when the game re-started , with  Ormson, Curran and Osborne, on for Hinchliffe, Thomas and Dimaio, and in short order County doubled their advantage with another cracker from Kirby.

Ormson had just made an early save to preserve County`s lead, when Curran darted clear – the keenest of interventions from Muhamud  Ali thwarting the white shirted number fourteen. It was a corner of course…..and then it was 2-0 as Walker`s pin point delivery picked Kirby out midst a clutch of similarly interested forwards . He did the rest planting a fine header home with precision!

If this signalled an approaching goal blizzard, it was not to be, but there was much good play to admire never the less, Curran only stopped next by a foul , which saw Keane head wide from the free kick that followed.

Liam Davies and Lynch responded well for Nash requiring Palmer to work hard to deny the duo , which he did, being on hand again a couple of minutes later to head a rare CA corner out.

County however were by no means done, Osborne unlucky and inches away with his free kick after Curran and Kirby had both been felled in rapid succession.

Nerve ends were a jangling at the back now for Nash who just managed to re-group and recover after presenting a surprised Curran with possession in a decent position. Curran was played clear again  shortly after and could only lift the ball high  and wide , which was disappointing on the end of a neat County move.

We were beyond the hour now , and Stephenson, Bell and Arthur were all now on for Kirby, Mulhern and Keane, with Cowan and Turnbull replaced by Golden and Mulgrew  some 5 minutes later.

Our hosts were lively for a time as County got accustomed to the changes in personnel, but County weathered the storm  well enough  , responding by making Ali earn his corn again with a decisive save prevented a Minihan cross from reaching one of a waiting clutch of goal hungry white shirts.

Corners came and went after this without further success for County, instead Ali again earned plaudits with excellent work to cut Osborne`s dangerous cross out.

It went a touch end to end for a while next with Palmer and then Ormson having to deal urgently with incoming as Nash continued to look for a consolation goal.

Bell then put Nash under pressure, as did the newly arrived Elstone ( on for Walker)- his shot drifting agonisingly wide of goal, and Stephenson was inches from getting to Elstone`s cross not long after on the end of a brilliant cross field pass from Arthur.

That said…. The largest slice of ill fortune came Nash`s way about this time, and Josh Askew was heavily involved , latching onto the pill just outside the box before smacking a post with a fine shot!

That was a shock, but  County recovered well forcing  Luke Merrill to step up to block Elstone`s run, with 9 minutes to go. County really wanted that 3rd goal, but the corner was cleared without undue fuss by Nash.

Twice after this Stephenson forced corners down the left causing the home side much angst in the process, and Davies did well to hook clear from under the bar from one of the flag kicks that followed with County itching to score.

Osborne could only send a free kick wide next, as Elstone replied then to some Nash pressure, by bringing Bell into the action again- Mason just managing to push his shot around the post.

With pressure continuing to build from County, Nash did a late/late switch bringing Liam Lovell in for Mason in goal.

Lovell was able to see out what remained of the game unscathed, despite Arthur, Elstone, Bell and Mulgrew all having  a go at one point or another.

Game over then…..and another decent result secured- the clean sheet being a particularly pleasing part of this.

Guiseley up next on Saturday, so another decent test there then both on and off the park.

See you all there !