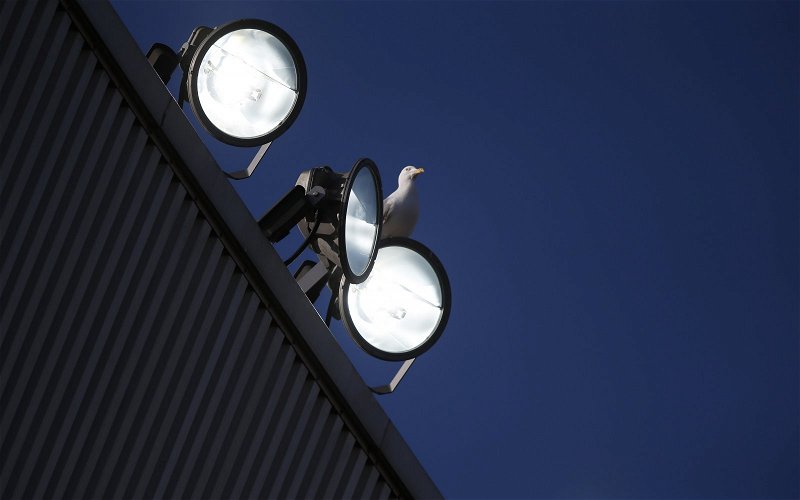 County exited the Cheshire Senior Cup at the Semi- Final stage last night, at the hands of an excellent Nantwich Town side, who ran out convincing 3-0 winners after 90 odd wind lashed minutes at the Weaver Stadium.

As disappointing as the result is for County, and their decent sized following in a crowd nearing 400, it must be said that Town thoroughly deserved their win. They were up for it  from the off,  first to most of the essential balls thereafter , and in Ricardo Fuller they had the top outfield performer of the night.

It wasn’t that County were not ‘up for it’ but  their mix of youngsters and players with first team experience, faced with testing conditions, never really took the initiative from Dave Cooke’s side that transferred their impressive Evo Stik Premier form  to this prestigious semi-final.

All that said…..County, despite periodic pressure from Town in the first half, looked OK in defence for long periods, only to concede 2 goals in 5 minutes either side of the break.

Their equilibrium was bushed from thereon out, and they never quite recovered.

Frank Mulhern worked his socks off, and young Josh Robinson did well particularly before the break ( and Saag El Hassan came on for another neat late cameo), but whilst Baines and Downing  made some  crucial last gasp interventions, Festus Arthur was missed in the centre of the blue back line, with Ian Ormson their M.O.M by some distance.

After conceding the two goals it was always too big a task for the Blues to pull it back . Ian Ormson saved a penalty( “what’s new” I hear you exclaim), and with 10 minutes left I was moved to think that  “a County goal now……and we still had a chance” being ‘only 2 goals down’, but this pipe dream was terminally punctured  within a couple of minutes when Nantwich snatched a third, game sorting, goal.

There were not far short of 400 inside the Weaver at 7.45 as the game kicked off to the jaundiced accompaniment of Storm Nigel or whatever it is ludicrously misnamed.

County came under early pressure and within a couple of minutes Ian Ormson was pressed into action to keep  a shot from Ricardo Fuller out.

Another minute or so, and a Warburton shot whizzed inches wide of keeper Will Jaaskelainen’s goal.

I was not discouraged  at this juncture, and  my mood improved again to see Josh Robinson, join Warburton. Bell  and Mulhern attempting to make inroads into the home back line.

Both sides took turns probing the other for some minutes after this……. the best of it seeing Ormson again doing well under pressure at one end……and an impressive cooperation twixt Warburton and Bell that was just blocked at the other.

Add a County free kick to the mix, and I was still fairly upbeat- even though it came to nothing.

That was 13  minutes in…..another 60 seconds and I was beginning to forget the cold as Turnbull found Frank with a pin point cross field ball. He was clear……but also offside  , although the delay in flagging same did tempt a rush of misplaced optimism.

It went on….Warburton so close again 2 minutes later – Jaaskelainen’s save conceding a corner which saw County go even closer to taking the lead- only a really brilliant save from the  keeper preventing Warburton from opening the scoring!

All that….if disappointing…. was good, but Nantwich were very much in the game too and  their determination showed in every move.

As a result, it was 6 minutes before the next big push by the blues and it came via a neat surge down the right involving Robinson, Warburton and Bell. Only corners came from this however…2 of them…as Robinson pinged crosses over, but eventually Town`s angst was sorted via a blast of the referee`s whistle and a relief bringing free kick!

I was still feeling chipper, with just under 20 minutes of the half remaining, as excellent work from Mulhern , and a fine one/two twixt him and Bell ended with the ball in the net. My celebratory mood was quickly curtailed however as it became apparent that the ball had entered the net via a hole in the side netting!

On it went in much the same vein….Holt’s free kick, following a foul on Robinson, missing out, and another superb save from Jaaskelainen  denied Bell…diving to push the shot around the post.

Then Nantwich started to motor again and it took a good save by Ormson to stop Morgan- the County keeper quick to leave his line and smother the danger.

With Fuller on a roving commission across the field, County came under heavy scrutiny again from Town, who might have done better next, with Ormson stranded at the edge of his box, but Cooke , in the excitement, lifted  a poor effort high and wide.

There was a lot of defending for the blues to get through now, and it must be said they executed it well, and it was good to see Mulhern, in typically impish form, dart clear from deep to extract another decent save from the home keeper.

Mulhern was buzzing and his link up with Bell , Warburton and Robinson was unlucky to miss out as Jaaskelainen again excelled between the sticks for our hosts.

Then …..into added time…….it all went pear shaped as Cooke’s shot from way out thudded into Ormson`s right hand post. ‘Escape’ thought I  ….’great’……but no….up stepped Morgan to bundle the rebound home to give Nantwich a surprise half time lead.

Then the angst deepened upon the re-start as, within a couple of minutes, Town added a second goal as Joel Stair forced an early Town corner home!

That was a stunner…..but County tried to reply, via Mulhern, but he was penalised for something that eluded me as he made it into the box.

Disappointment from that last action was tempered by relief next as a crucial last gasper from Baines stopped Malkin from adding a third.

Nantwich were piling it on a bit now – Malkin again thwarted, this time by Ormson who was certainly earning his corn.

The 55th minute saw Warburton relieve the pressure with a break from deep , but Jaaskelainen was again equal to the task keeping Warby`s shot out in fine style.

Not long after Warburton was replaced by Szymon Czubik , but the flow towards Ormson`s goal continued culminating in a penalty for the home side almost on the hour after Fuller had been tripped in the box on the end of a neat flowing move from our hosts.

A further goal for the home side, at that stage,  would have wrapped the match up, but it was Ian Ormson in goal for County  and he dived to his right to beat Mullarkey`s kick out with his usual accomplished excellence when dealing with spot kicks!

A name new to me …..Max Greenhaugh…….entered the fray for County next in place of Bell , and County did stir around this time through Mulhern who neatly circumvented the home side`s offside trap  to make it into the box. If we had have nicked one from this…who knows….but there was no one on hand to apply a finish to Frank`s dangerous cross.

Morgan made rather a lot of a brief tangle twixt him and Duxbury, with just over 15 minutes left, and this was Scott`s last action of the evening , as JG replaced him shortly after with Sajjad El Hassan.

Ormson was in action once more, saving from Hughes, but El Hassan’s inclusion did seem to liven up proceedings a touch, but it was Czubik who came to the fore first , his probing run just cut out by Stair.

El Hassan soon took a hand  with some typically precocious forward play, but Troy Bourne did enough to see the danger off for the home side.

There were 10 minutes left at that point…..one minute on  and the lights went out for County as Cooke scooted clear from deep before laying the ball off to Saunders to his left who sent a clinical finish beyond Ormson into the net.

It was 0-3 in Town’s favour, and pretty much game over now.

Even so……Jaaskelainen had to pull of a decent save to deny EL Hassan , who had been put through neatly by Mulhern…..and at the other end Ormson did likewise as Fuller played Saunders in  with 5 minutes left.

Much of what came next happened at the County end where Ormson continued as the game`s busiest man saving under pressure- pushing the ball onto the bar from a late/late Town corner at one point.

Thankfully the referee did not add too much time at the end, and Nantwich were through to the Cheshire Senior Cup Final.

For County it is now preparation for another Semi Final against National Premier side AFC Fylde starting with the away leg this Saturday.

I hope to see you there!

[ Pictures from storm-lashed Northwich are here! ]