Gulls do a number on all at sea County 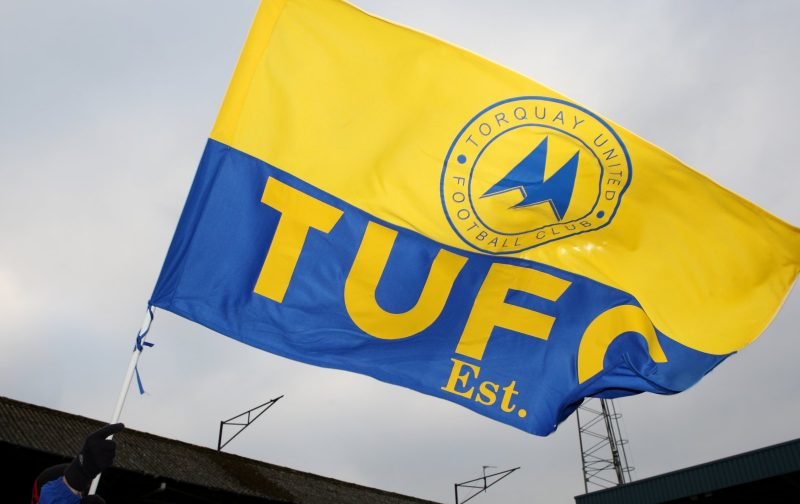 County`s sea of woe threatened to become a tsunami at Edgeley Park today where Torquay United scored 4 without reply in a forgettable first half for the Blues.

A re-shuffle at half time, where the Blues changed to 3 at the back, saw County stem the Devonian tide, and no further goals were shipped, but even a consolation goal proved a bridge too far for JG`s team who just cannot buy one at the moment.

County badly needed the return of defensive kingpin Ash Palmer (who has comprehensively stated his case for a whacking pay increase at season`s end, by not doing anything) , but our luck`s out and the need for sensible recovery time following injury  rules an early/ rash return to action for the County number five out understandably.

Those who did make it to the start line, and JG only had 16 from whom to pick, are finding life hard. I made Minihan my M.O.M again for another 90 odd minutes of solid graft, and Keane, Turnbull and Arthur all did a shift but the `certain spark` present in this season`s early games is missing now, probably as teams that face us have gradually  sussed  out how to play us.

It was great to hear the backing, late in the second half, coming from high up in the Cheadle End- that was fantastic, and just what County will need to help them work their way out of this apparent pit of doom.

Back at kick off time, it was good to see new man Adam Hammill starting, in place of the suspended Sam Walker. Osborne for Dimaio was the only other change from the line up on Tuesday at Solihull.

County opened tentatively, but on the front foot, with Minihan and Thomas in the van down the right and Leesley looking for openings on the left flank. Hammill was in the mix too, but it was Turnbull who was first to steal a march on the visitors back line, but his luck was out as a ball from him, delivered from the by-line, was cleared in a hurry by a defender.

Nothing was coming from the County raids , of which their were quite a few, and as the minutes passed, Torquay gradually imposed themselves, Arthur blocking their path to goal at the expense of  a corner, that soon morphed into a free kick on the edge of the box. It looked eminently scoreable, but the County wall held firm, and an eventual foul by a forward ended the Blues angst, for now.

Torquay continued to seek to dominate proceedings and again Arthur did well to fend off a further Gulls corner.

Despite Gary Johnson`s side steadily growing in confidence, it was nip and tuck for a time until County conceded a free kick somewhat further back than the previous one. Jake Andrews lifted this towards Cundy at the back of the box, and he went down under no particular pressure from Mulhern. Rumour has it that a shirt tug was involved, but I saw it not, and was still `in one` as Jamie Reid beat Hinchliffe with the resultant penalty kick.

County tried to respond, but a wasted corner by Osborne did not help, and when we did appear to get a break, via a rare free kick- when Hammill scooted clear from this, play was brought back by the referee annoyingly with the goal seemingly at the County new man`s mercy!

It was a crucial moment…..and County`s attempts to resuscitate the chance via Bully`s kick and a corner won by Thomas came to nothing.

Twenty five minutes had gone now and , although County were doing their best to probe for openings, it was proving hard work, and Gulls were looking ever more dangerous on the break, and fast with it too, and Arthur recovered well to cut Reid off after an initial stumble.

I had just taken that action in, when Reid doubled the visitors` advantage, tapping the ball home from almost on the line after Whitfield and Kalala had opened up the blue back line.

This was not good, and we needed a response from County, but when it came from Thomas, a last gasp slider by Kyle Cameron did for Mulhern`s attempts to apply a finish, after Thomas had kept an improbable ball in play brilliantly.

Try as County might however, they could not totally suppress the visitors desire to add to their score, but there was enough about the blues defensive work to see the imminent danger of Liam Davis`s free kick off just before the half hour mark.

But Torquay were proving increasingly difficult to handle and it was a relief to see Whitfield drag his shot wide  on the break.

Nip and tuck is perhaps stretching it a bit at this stage, but the action did switch about a touch for a time…..Luke Covalan , the Gull`s keeper, barely beat Leesley to Thomas`s latest cross in front of goal………Matt Buse then shooting tamely into Hinchliffe`s grateful arms.

It went on with Arthur up to head over the bar from a corner one minute whilst the next Minihan `s last gasp block stopped a dangerous run by Vincent.

Torquay were looking for that third goal for sure, but this raid saw them frustrated….and the next one too as Hinchliffe save denied Kalala who had thoroughly filleted the blue back line with a tricky run into the box!

Then…just when I thought we were safe, with just 3 minutes to the break, Torquay got what they wanted, and it came from the last action as County just did not clear their lines  enabling Whitfield to ping one over forcing Keane to put the ball into the County net with the predatory Reid ready to pounce!

Three none it was then, but not for long, as with half time almost on us, Leesley slipped allowing Reid to dart clear from half-way and slot a cool finish beyond anything Hinchliffe could do, into the net!

Two minutes added time seemed like 15, and the referee`s whistle a huge relief.

A massive County defeat beckoned as the team`s returned after the break.

County now had three at the back, with Cowan on the right, Arthur central and Keano left, but this was to prove somewhat fluid as the situation dictated. Jackson was also now on ( for Leesley) and providing width on the left with Minihan pushed forward to do the same on the other flank.

Play was somewhat moribund for a time, but it was not that long before County were under the cosh again as Whitfield laid a neat chance on for Reid, but Arthur was on top of his game and blocked the forward`s progress- chance gone!

Back came County as Minihan set Turnbull up for a shot that Covalan held well. Covalan was there again within a minute with another save, slightly tastier this time to keep Hammill`s effort out.

Was Hammill warming to his task now? It looked like it as he again had a go sending his shot rising over the bar from close in.

County were definitely having a go…..Keane, Arthur and Turnbull were pushing on as well as anyone in blue, but even a consolation goal was eluding them.

So…inevitably ….Torquay worked themselves another sniff of goal, but it fell to Liam Davis and he sliced a poor effort into the Cheadle End.

Reid did better, but his shot clipped the top of the cross bar to disappoint the Gulls again.

We were well beyond the hour mark now, Bully had just seen a shot saved by Covalan , and Dimaio was now on for Hammill.

The relative County old guard of Dimaio and Osborne then set about making something out of an apparent lost cause, but there was still not one scintilla of good fortune coming County`s  way as Dimaio`s shot ricocheted off a defender…onto a post…and into the keepers hands!

If Dimaio was miffed at that, he would have been again almost immediately as another effort from him saw Covalan dive to his left to make a decent save, following a run and pass inside from Osborne.

We were into the game`s last 12 /13 minutes now and Vincent`s theatrical fall teed Mr Bell up  to oblige with the tastiest of free kicks. It looked another scoreable position, but the kick caressed the bar less than lovingly before heading out!

With Bell on for Mulhern , County kept looking for that elusive goal, and the 81 st minute, made me think we might just have it, as Minihan stole the ball impishly ( but within the rules) off Davis who was unwisely showboating in his own last third. Sam set off for goal ( some 3 or 4 yards hence), only for the referee to call him back for a Gulls free kick- simply unbelievable!

Covalan had further work to do with game`s end nearing- a save from a free kick after Cowan had been fouled- his best work.

At the other end of the park though, Torquay were still ( less frequently now though) looking for a fifth, and Keating seemed to have set a neat chance up for Reid , who could not beat Hinchliffe with his lofted effort.

Into the last 3 or 4 minutes of normal time we went with Osborne side footing a shot wide after Bell and Minihan had done well to set him up.

Bell then shot over the bar with a snatched effort, followed by a response from Reid for Torquay, but his shot skidded wide, smack on 90 minutes.

Credit to County they were trying, none more so than Dimaio who looked on to see his ball just kept from Thomas by the keeper.

The last few minutes were a procession of County corners as they strove and strove for that elusive goal, but it just would not come, and Cameron did his best to oblige, Jackson`s cross almost forcing him to plant the ball into his own net.

It was not to be, and the end came soon after a Keane shot had been deflected for another corner.

We have a week now to prepare for our next challenge- away to Sutton United.

With Palmer back and maybe a smidgeon of good fortune maybe we can get something from that.

Based on what`s gone down in the last few game`s that`s a big ask, but with our support…….