Hatters on top after Welsh visit 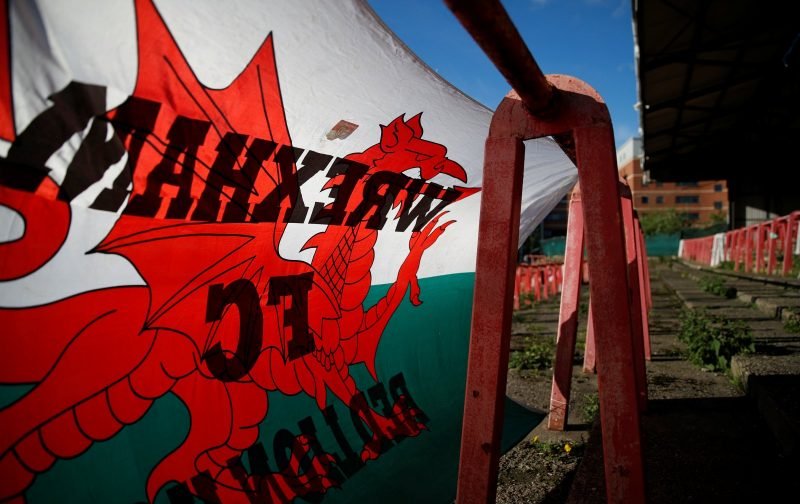 “Where’s the goals gonna come from” -is a familiar refrain from those wanting County to ship in a new striker every other week, and County once again fully answered that one with  “from almost everywhere” as goals from defenders Sam Minihan and Ash Palmer secured all the points at the Racecourse Ground today against Wrexham.

A 2-0 County lead at half time seemed to signal a rout, but Wrexham fought well upon the re-start and made a real match of it , albeit that an imperious display by County`s superb back line limited them largely to shots from distance.

The defensive display from JG`s boys, in the second 45 minutes, if somewhat hard on the nerves, was again excellent , but a late goal to the Welshmen made the last few minutes tenser than perhaps they should have been. It all ended well however, as, with Festus Arthur on in place of Bell ,for his longest stretch of on the park minutes so far, and Mulhern on for Turnbull, marshalled by Keano and Palmer, the County defence held out for a decent 2-1 win.

A fantastic atmosphere prevailed circa 3 o’clock, as over 1000 County fans exchanged banter with the most committed of the locals who were positioned in what was the old away end , fairly close to the Blue Army, who were in excellent voice throughout.

Those County supporters were roaring early doors as a run from Thomas put the home side under pressure.

Nothing came of it, and indeed the early action saw Kirby take a heavy knock and have to be substituted, bringing Curran on for a rare appearance. Curran was quickly in the mix, and he took another heavy tackle for his pains. The pain was eased by a free kick, taken by Osborne, and a corner won from that by Palmer. Luke Summerfield was able to welly the ball clear from this to keep it at 0-0.

After 8 minutes of lively County attacking, it was time for a Welsh response and it came via Sam Harris, but his break ended with him lifting the ball tamely over the bar.
Then Bob Grant joined in, but again, what was a decent run from the number eleven was ruined when his shot drifted wide.
County gradually worked their way back onto the offensive , but our hosts uncompromising response ( an unwholesome foul by Luke Young on Sam Walker) blocked their progress.
They kept plugging away, as twice in rapid succession, Mark Carrington climbed all over Thomas with County shaping nicely in their opponents half.

Referee Gary Parson, who I though generally had a good game, did really well with this one, awarding the free kick eventually when it became obvious that no advantage was accruing County`s way.

County were looking well up for it now and kept plugging away looking for a second goal. Bell was looking as lively as anyone and pressure from him forced Shaun Pearson to concede a corner, that saw Osborne set Bell up for a snap shot that drifted narrowly wide.

With 25 minutes gone Wrexham replied, forcing a corner of their own, but this ended with Mike Chambers heading wide.
That corner was fairly quickly followed by a home free kick that had Hinchliffe punching clear under pressure.

If that was a warning the next action was more so, as Hinchliffe was again in urgent action, diving to push a shot from Summerfield onto a post. That was a fine save, and the home specs` discomfiture increased when their side made nothing of the subsequent corner, as the impenetrable shield erected in their path by the green shirted blue back line decisively held sway.

Back came County- a nippy run from Osborne putting Dibble under the cosh again with Curran on his case.

We had gone beyond 30 minutes now, and it was still just 1-0 to County, so just one moment of inspiration from the Dragons, or indifference from County…and the game changed, but there was no sign of that at all.

Wrexham were definitely trying, and enjoying time in possession, but not producing match winning moments . Harris, with assistance from Summerfield and Young did probe for a weakness in the County defences, but one did not exist, Young`s shot failing to trouble the County keeper.

On it went with Harris still to the fore, but this time it was Dev Redmond whose effort lacked sufficient oomph to alarm Hinchliffe.

County steadily re-grouped and replied but Dibble did well to deny Thomas on the end of Walker`s pass.

But in the midst of a welter of attacking from JG`s boys, Chambers took Bell`s legs as he turned on the ball just outside the box.

Walker took this free kick and a belter it was too- delicately delivered into the box where panic spread rapidly amongst the red shirted defenders.
Shot after shot rained in and were somehow blocked ,until the decisive strike from Minihan smacked into the back of the net to unleash a wave of joy from County`s support- the team were a bit excited too !

There were just over 5 minutes left of the half when that second County goal went in.
They tried to add to it of course, but Jazzi Barnum- Bobb blotted his copybook by carting Curran as he made headway just outside the box.

The free kick went wide, and triggered a reply from Summerfield for Wrexham , but typically County restricted him to a shot from distance, and Hinchliffe dealt easily with it.

Carrington was next to annoy…upending Thomas as he prepared to shoot .Palmer was again in on the end of the Osborne free kick, but without success, the half ending with the County central defender showing his prowess at the other end of the park as Wrexham racked up a series of unfruitful corners.

Wrexham went straight onto the attack when play resumed in the second half, but again Hinchliffe just wasn’t tested, the best effort, in the first 7 minutes of almost total Welsh possession, came from Chambers and this drifted tamely wide.

Wrexham went closer next- Keano having to clear off the line as former Hatter Jason Oswell failed to add finish to Summerfield`s cross.

Almost 15 minutes had gone by with Wrexham on the attack, but County at last fashioned a response, as Ben`s long one enabled Bell to win a corner. Dibble punched out bravely and well from this , and with Turnbull`s follow up shot being charged down it stayed at 2-0.

And it stayed 2-0 going forward as we reached 65 minutes with Hinchliffe making a save as Summerfield tried to add a finish to a neat cooperation twixt himself and Redmond.
Although it was pretty much Wrexham monopolising the attacking possession, County did seem to be looking to break out, but after good work at the back by Walker, County could not sustain the raid that followed for long.

Festus Arthur came on, for Bell, with just over 20 minutes remaining of the match- an acknowledgement perhaps that the Wrexham pattern of continued possession had to be broken up.
Thomas briefly took up a central position for County, and whilst the home side continued pressing, and winning a corner, Thomas was inches away, midst all that, from ending a Minihan/ Osborne link up in the best possible fashion. His header cleared the bar, but not by that much.

Arthur was now settling in nicely, as a neat bit of work by him testified with Summerfield threatening on the break.
There were just 15 minutes left now and still County dealt with the incessant tide of Wrexham attacking with impressive calm, none more so than Keano and Cowan, who both got decisive blocks in midst a flurry of attacking activity from our hosts.

A corner came and went for County with Chambers clearing his lines for Wrexham, before JG brought Mulhern on for Turnbull with 10 minutes left.

Clearly County still had ambitions as far as nicking another one was concerned, but for now they had defending to do, and Hinchliffe did it well pushing a shot from Bobby Grant around the post after he had nipped in behind the County defences neatly.
Arthur saw the corner off as play then switched ends at a giddy rate of knots…Walker slamming a rasper inches over the bar at one end whilst a long range dipper from Tollitt clipped County`s bar at the other with 7 minutes left.

With 4 minutes to go, the home fans had probably given up all hope, but from nowhere they nicked one. It started with County breaking clear, but Cowan lost the ball sending McInTosh on a run to the by-line that saw him round Hinchliffe before sending the pill across the box. Shot?….cross?….didn`t matter as the ball hit the far post and went in….it was now 2-1 .

And Wrexham continued to look for that equaliser, and alarm bells rang for County as the referee adjudged handball by a defender as Wrexham pressed for that vital second. It was a decent chance…it was smack in front about a yard outside the box, and well worth a tilt, but with home specs holding their collective breath, Grant cleared the bar with the kick.

Time left for Curran to see his shot saved at the second go by Dibble( and seem to cop for a pull or some cramp as a result),for Barnum- Bobb to follow Grant`s example and lift his shot over the bar for Wrexham, before the game went into added time with Wrexham still attacking, and Hinchliffe in action clawing the ball out at the angle of bar and post as Grant`s cross pinged over.
Curran broke from the corner, which seemed to indicate all was well injury-wise, but he was fouled en-route and the raid that followed saw Mulhern unlucky to see Barnum- Bobb in position to clear his shot off the line.

Both teams nibbled away at the other in what remained of the game but with no further alarms, so County had their win…a decent one too, and their haul of points sends them up to sixth ahead of Tuesday`s encounter with Fylde.

2 Replies to “Hatters on top after Welsh visit”