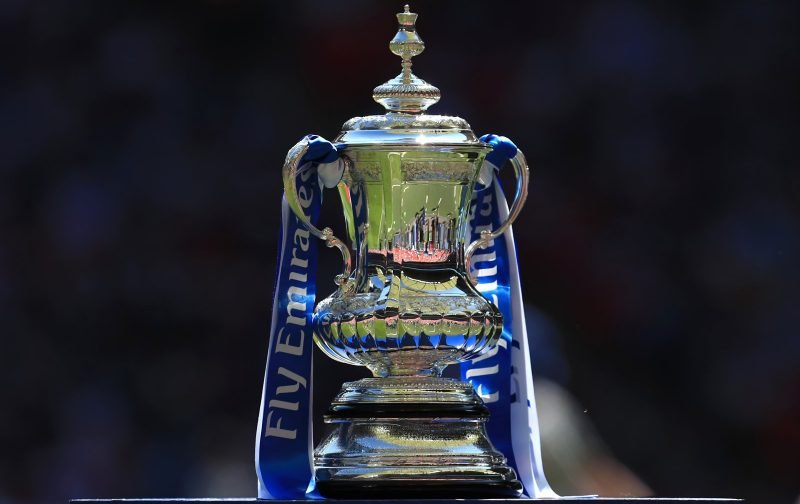 County took a hit today at Bootham Crescent where York City made it to the FA Cup Ist Round Proper, at their expense, with a thoroughly convincing 2-0 victory.

We probably should have expected no less from the Yorkshire side whose thus far unbeaten season sees them atop the Vanarama National North, but in essence County in the event had no answer to City`s inventive attacking and resolute defensive work.

In this respect Sean Newton and Steve McNulty shut Bell and Rodney , County`s 2 man front line, out almost completely, and elsewhere red shirts seemed  all over the place pretty much all of the time making life a permanent misery for a hard pressed blue back line.

In addition, whilst County had numbers in midfield this area of operation was overrun by the home side and as a consequence ex Hatters Adiano Moke and Alex Kempster, supplemented by  good work by Newton and David Ferguson were able to torment the white shirted blues in their last third.

This was a massive shame as almost 500 County supporters, despite the game being on the box, made the trip being  mainly camped on the open terrace behind one goal, with around 100 seated to their left as the game kicked off at the ridiculous , but so 21st century, time of 5.20 pm, with Bell stretching his legs in the York half.

His raid was repelled, ushering a reply from Dan Maguire but he put his effort over the bar.

York were looking lively in the early minutes, and Arthur did well…twice…to sort matters as our hosts pushed on down the left flank.

A series of County throws put pressure back on City, but Minihan headed wide to end this.

Back came York, Newton and Kempster getting forward but only succeeding in giving Hinchliffe catching practise.

This was interesting stuff, and Tom Walker made it more so by going down under pressure in the box, but referee Daniel Middleton waved play on.

I might just have given that one, but I had no time to moan as York replied  through Kallum Griffiths – he lifted his shot over the top, but we had been warned!

On it went, swinging one way and then the other, with Tom Walker`s shot from a Rodney pass blocked in front of goal.

That was 11 minutes in, the 12th saw Newton glide past 2 white shirts with the ease of concert pianist rattling off `chopsticks`. To the by-line in a trice Newton laid the ball back into Maguire`s path, but County fans ducked as his shot headed over the bar in their direction.

Bell had a shot held by Peter Jameson, the City keeper, but again the major excitement came at the other end where the referee teed City up with a scoreable free kick, having translated a foul on Arthur into one by him!

That was just ridiculous, County repelled boarders OK, but could not make anything of their possession allowing Ferguson to nip to the by-line forcing a decent save from Hinchliffe.

It stayed 0-0 then, and did again, on 18 minutes, as Rodney won a corner for County, and a blizzard of shots rained in as a consequence, from white shirted players , but without even so much as a scintilla of good fortune. Arthur, Tom Walker and Rodney all had shots blocked and we needed one of those to have gone in.

A minute later the action swung again to Hinchliffe`s end where he had to claw a shot from Moke from under the bar at the last gasp.

York were again starting to get unnervingly lively, but I took heart to see Kempster totally ruin Newton`s good work by lumping a cross beyond anyone in red.

Then out of the blue, just as I was thinking we just might have seen the best of York, I was made to have an instant re-think. OK in actuality what followed had more than a trace of luck about it, but there it was…Kempster appeared wide right to send over what looked to me like a cross, but no one in red got to it. Unfortunately…neither did anyone in white and the ball sailed on into the corner of the net to give  our hosts the lead!

Still reeling from that…I reeled again as Newton surged forward to unleash a fierce shot that took a deflection off Arthur to bypass Hinchliffe into the net, just 2 minutes later, and the York lead had doubled to 2-0.

Much pressure followed on the County goal, much of it via Moke, one jinking run seeing him inside the County box. Somehow County managed not to concede again, but it was not pretty.

Bully and Tom Walker tried their best to start something of value ,in York`s half, for County, but without any luck at all, and it was not long before City were in County faces again and in the County half, Moke again tormenting County down the left without reward.

With just 3 minutes of the half left, County at last sorted a response but Minihan was brought down, 5 or 6 yards outside the box, by Bond. Sam Walker lifted the kick…Palmer rose to head it, but the well drilled York back line cleared it- chance gone.

Moke was still giving County gyp as Mr Middleton blew for half time!

Then a screamer from Maguire whizzed wide, and it was a relief when eventually County fashioned a reply forcing McNulty to concede a corner in extremis. From this Newton then upended Bully in the box as he went to meet Leesley`s pass. “ Penalty” I insisted to myself, but again the referee had his own ideas and play continued , the attack subsiding.

Pressure from County continued….Bell and Tom Walker nibbling away at York`s defences without reward. There was no reward for Bully either as the 51st minute saw his shot whistle past the post.

This brought York back onto the attack, Arthur doing well for County beating off one raid, Hinchliffe doing even better pulling off 2 more important saves from Moke.

County managed to survive that action without conceding again, but there were no white shirted takers when Tom Walker`s break saw Leesley ping an interesting cross over.

We were beyond the hour mark now, and County were pinning York into their last third, it was just that nothing like a clear- cut chance was emerging for all their hard work, even when the keeper fumbled the ball from Bell`s shot.

And…..for all their attacking, County were still seeing someone in red in where they shouldn`t be…in behind the County defences. This time it was Maguire but no one applied the necessary finish to his cross from the by-line, with 25 minutes left.

There was still time for County to get back in it, but although they tried, the essential finish was missing, indeed even a challenge was absent when Jameson went up to punch clear at one point.

All it needed then was one mistake by County and a third goal would end County`s interest totally, but Hinchliffe was on hand to hold onto a shot from Ferguson. But York were not done, and Keane did well to stop Kempster`s pass reaching a red shirt after he had surged beyond Arthur into the box.

Corners came…corners went for York, and they did get the ball in the County net, but this was disallowed and surprised no-one.

The ease with which York turned defence into attack next only served to alarm more, as they ran the ball the length of the park with apparent ease. Only a corner resulted from this, and it was cleared, but County`s angst only increased as Rodney`s intended break was cut out with something approaching ease also.

Thomas was to replace Rodney not long after.

For a time County put more pressure on York and Newton increased this by upending Tom Walker .A free kick from this and a subsequent corner  raised the expectations of County`s following, who were probably disappointed to see the referee reject Thomas`s penalty claim , his cross possibly going out off the defenders arm. No matter….no penalty resulted, and no goal either as Bully`s shot was held by Jameson who had punched clear from the flag kick moments earlier.

The last 12/ 13 minutes saw Osborne and Hammill on for Bully and Sam Walker, and Hammill was in action quickly teeing Keane up for a shot that regrettably cleared the bar.

County tried without success, and York went close a couple of times in what remained of normal time, before the 4 minutes added time brought the game to a somewhat disorderly conclusion, as Leesley was sent for an early bath by the referee after a `coming together` twixt he and Kallum Griffiths. Griffiths did the ` close to death bit` just long enough to influence Mr M, and it all got a tad tiresome afterwards as an outbreak of `handbags` saw Newton and Tom Walker get shown yellows.

Not a great end to a disappointing game, but York deserved the win and we can now concentrate on the important stuff starting with Dover away next Saturday.