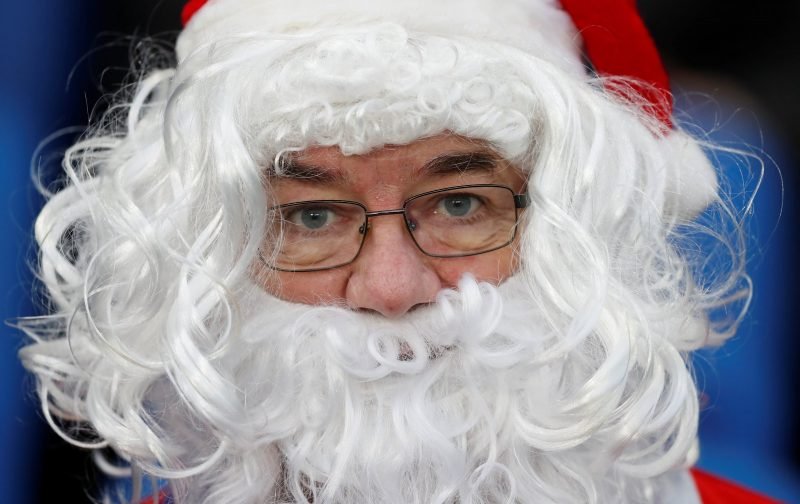 County started 2019 as they had finished the old year, as their seemingly unstoppable run continued today against Altrincham, who went down 1-0 to James Gannon’s increasingly impressive side in a pulsating encounter at Moss Lane the home of their Cheshire rivals, as the stadium bulged with a seasons best crowd of 3,383 inside.

Another win, another fine performance, another clean sheet for the Blues, who judged things to a tee in a game many felt beforehand they might be favourites to lose.

Not so, despite much pressure from the Robins in the second half, County’s supremacy and ultimate triumph was never really in doubt.

Yes, as I say Alty attacked a fair bit, yes County defended deeper and deeper as the game progressed, but only because that was what the situation demanded, and it was always with a style and assurance newly minted during this magnificent run of games.

The return to action of recent absentees Jordan Keane and Jake Kirby played a crucial part in all this as well, both playing essential roles in County’s win – Keane looking particularly impressive alongside Turnbull at the heart of things.

If the defence takes the bulk of the accolades going (especially Minihan and Duxbury who were inspirational at times), Warburton earns somewhat more than just a mention, for a busy performance topped off with a superb goal that established the bridgehead that the Blues needed and never relinquished.

But in acknowledging that this is becoming something of a parrot cry, I unashamedly call today’s showing as yet another tip-top team performance, chock full of blue shirted M.O.M’s, who once again shut out a team that against all other opponents scores for fun!

Well before 3 o’clock a large County following were inside the stadium going through their song book before a tastefully done memorial ceremony was enacted pitch side in honour of those Alty stalwarts who had died in the previous year.

Game on and it all started in rather a sedate fashion as both sides felt the other out for openings. Simon Richman did as well as any in red and white at this stage, but his effort did not extend Hinchliffe at all.

Neither was Tony Thompson tested by Jake Kirby’s early pot at goal, being able to stand and watch as the ball flew high and wide.

Soon 10 minutes had passed, without a really clear chance emerging – Stott and Kirby did combine nicely, it must be said around this time, but Mulhern could not keep his shot down and it stayed 0-0.

Then County started to build a momentum, using the flanks intelligently, Duxbury’s run down the left setting Kirby up for a snap shot that took a deflection giving County the first of many corners. It wasn’t a bad corner either, but Palmer’s firm header was blocked on the line and the game’s first real chance had come and gone.

The 20th minute ushered in a second chance for the Blues, and it fell to Warburton, who already was busying himself impressively up and down the park. Warby’s shot was on target and deserved better but keeper Thompson’s save in response was totally top drawer.

It continued much in the same vein, with County looking better going forward than their reputedly hot-shot opponents, but an overly robust challenge on Warby by Hancock gave County a whiff of cordite and a site of goal. Sadly the hyperbole was misplaced and nothing came of the free kick that followed.

And, with Alty managing to get forward a touch and spend time in the County half, it tempted me to be hyper critical at this point, at what I observed as over elaboration in trying to play their way out of defence and wayward clearances by County.

Of course, no sooner had I scribbled that nonsense, when the ball was worked via a clutch of blue shirts to Warburton who expertly took it around Thompson before slamming it into the net to give County the lead!

That was simply excellent from Warburton, and he showed us more just a few minutes later, tracking back up the park to get in a vital intervention with Alty threatening on the break, his timely intervention enabling Hinchliffe to complete the job with more good work.

County replied swiftly to this, via Keane and Duxbury, the corner that resulted was defended well enough by our hosts, but they just could not work up sufficient of a head of steam to propel the ball into, and keep it, in County’s half. The result was that County came again through Kirby, but his break ended in County tears when Warburton’s shot carried the bar.

But, the pressure was still on the Robins and corners were racking up for JG’s boys – the latest coming via another raking run by Kirby followed by a shot that perhaps deserved better. Certainly the corner might have been better but it wasn’t and the ball was cleared.

Ex Hatter Callum Mantack was having a quiet game, but Palmer did well to head a cross from him out with about 7 minutes left of the half. Alty applied the pressure again from this, only for fine defensive play by Mulhern to undo them.

Duxbury meanwhile was beavering away to good effect at the other end, providing the ammo for both Thomas and Kirby to go close.

County piled forward after this and another former Blue, Connor Hampson, did well to block a run by Minihan that seemed to promise much. Minihan just would not go away though, and it was disappointing to see the good work go unrewarded when Keane lifted his shot high over the bar.

That had looked good for a time, but suddenly County were in retreat as Hancock darted clear. Chance ? Yes, but the shot from the forward went straight into Hinchliffe’s waiting arms – chance gone!

A foul by Johnston on Thomas then put County back on the offensive, only for another indifferent free kick to spoil it all.

That was about the only blemish on County’s work around this time, as they pushed Alty back on their heels again with concerted attacking – White doing well to stop Warburton. Another poor corner followed and again County were hurrying back up the park to defend, and Warburton impressed once more in this regard producing a vital block to stop the rot for his team.

Into added time we went with Thompson doing well, twice in rapid succession with County on his case.

Jones then stopped a run from Warburton, and that was the first half finished.

The second half started with Warburton going close, and the early minutes were instructive in showing how well Jordan Keane is playing and reading play – he was excellent snuffing stuff out, and looking to start something.

But all my good thoughts were scattered to the four winds via the loosest of loose balls from Mulhern that allowed Johnston to break clear. Now this looked a tad ominous, and then it didn’t as Minihan ate up the ground twixt him and Johnston, rescuing the situation with an immaculate blocking tackle!

Johnston was no doubt miffed at that one, and he was miffed some more within a couple of minutes when the County man repeated the action to deny him again. He duly lost it carting Sam and getting booked for his (or Sam’s) pains.

This seemed to spur County on and Hannigan did really well to clear under pressure after some magic from Thomas and Turnbull down the right.

The hour mark saw Hinchliffe in action dealing well with incoming from a Robins corner. More pressure came on County who had Bully to thank (twice) for nerveless blocks and clearances.

With Cowan now on for Thomas, I looked forward maybe to more attacking play from Minihan, but before that Alty were pressing hard, and Hinchliffe had to make a decent stop to deny Johnston with around 25 minutes left.

With 20 minutes left, County mounted a concerted attack, but with Kirby scooting clear he was hauled down by White, who was booked.

Palmer almost reached the free kick, almost, but not quite, but I did not fret overly as Minihan now had the ball and he was heading inside at pace. And then he wasn’t as White cut him down with the crudest of challenges.

It was a sure fire, nailed down, second yellow, but Matt Corlett the Referee bottled it and settled for a chat! With championship points being fought for, why oh why do we have to suffer these utter fools?

A corner followed the free kick, whereupon White emerged to usher the ball away from goal and off towards the next County and once again the miscreant had triumphed!

With just over 15 minutes left JG brought Stephenson on for Mulhern, looking to shore up the middle of the park a touch. Most people may have expected a Bell/ Mulhern swap, but there was a need to stifle potential Alty raids at source, and with Hannigan shaping up well for Robins at the centre of the defence, the move was perhaps understandable.

It worked well enough anyway, so end of.

Pressure on County following a foul by Palmer, duly relieved by good defending, and an entertaining air kick from Thompson livened up the next few minutes, as did a couple of Warburton efforts that were not that far away.

He was not far away again not long after, as Duxbury sent him clear, but Thompson reserved his best save of the afternoon for this moment and denied Warby.

With Osborne on for Warburton with 7 minutes left the games final minutes were a nerve wracking affair with County defending ever deeper in response to determined attacks from the home side.

During this period all hands were to the County tiller to repulse attack after attack from Alty, but despite all their effort County’s opponents just could not prise open this most parsimonious of defences, and to add insult to perceived injury when someone or other in blue had done some masterful defending, either Minihan or Duxbury would emerge and run the ball clear (or Stephenson it should be said).

Then with Duxbury giving a master class near the corner flag the red/white handbags were out urged on by some intemperates behind the covered goal.

Needless to say it was all too much for Mr Corlett who was clearly pining for the home fires and a chance to have another stab at the Xmas left overs!

We went into added time with Kirby earning fulsome applause from the County faithful as he harried and chased all manner of borderline lost causes.

At this juncture Stephenson relieved pressure from an Alty corner by running the ball up the park, ditto Minihan shorty after, but could County hold onto the ball and spend some time with it?

Short answer – no, but Hancock could only send his shot yards wide of the target deep into time added.

More attacking followed from Alty, more great defending in response from County, and a late late half chance that saw Stephenson’s shot deflected for a corner, and that was that, game over, and 3 excellent points gained.

Team and County supporters celebrated long and loud after the final whistle.

See you at Edgeley Park on Saturday for our clash with league leader Bradford Park Avenue, but I leave you with a few late photos which can be found here!