Stockport County – will there be a takeover in 2019?

The jungle drums are beating again.

That well-worn “County takeover” rumour is back in circulation. Chinese consortium? Belgian international footballer?  A consortium of Castle Street publicans?

Someone or some group are going to take over County, wipe any debts, invest in both the playing side and the stadium, keep Jim Gannon and see us power our way back to the Football League.

Or, according to ‘half-empty’ rumour merchants, the new ‘lot’ are going to replace Gannon, build a new soulless flatpack stadium in a deal with the Council that sees Edgeley Park bulldozed for affordable housing.

Mixing very occasionally as I do, with certain self-proclaimed ‘in-the-know’, nudge-nudge, wink-wink types who can’t tell you the details but can drop heavy hints here and there, does lead to a view of reality that is way off-beam.  It also gives me a chance to test the new poll vote … ‘cos we will all need some practice in this area ahead of next month.

Yes, it is finally going to happen 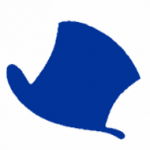 Pull the other one. Nothing to see here. Move along 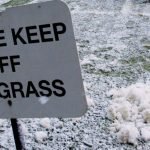 Let me know whether you think this is all a load of bunkum or whether County are really going to move into a new world………. for better or for worse.